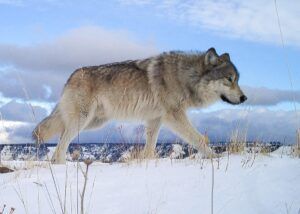 OHA submitted a letter to the Oregon Fish and Wildlife Commission in early August requesting the Commission direct ODFW to initiate a framework for a wolf damage hunt in areas of chronic livestock depredation. The letter was sent after discussions with OHA’s wolf sub-committee, Wildlife-Lands Committee and the Board of Directors.

Wolf populations in Oregon have continued to increase, and recently livestock depredations have seen similar increases. Oregon’s current Wolf Conservation and Management Plan includes using “controlled take” of wolves for several reasons. To this point, removing offending wolves (both packs and individuals) in northeast Oregon has been done on a limited basis, and solely by wildlife agents or livestock owners who catch wolves in the act of taking livestock. Removal of wolves in other parts of Oregon is still prohibited.

The letter specifically details the ability of the Commission to authorize the damage hunt, and suggests details on how and where a damage hunt could be sanctioned. OHA is looking forward to continuing the discussion with the Commission and ODFW.